Common types of spiders in Washington

A quick Google search will reveal that there are thousands of species of spiders in existence – some are venomous while others are harmless. Here in Washington state, there are a handful of spiders to be aware of and they are wolf spiders, black widow spiders, hobo spiders, giant house spiders, and cellar spiders. 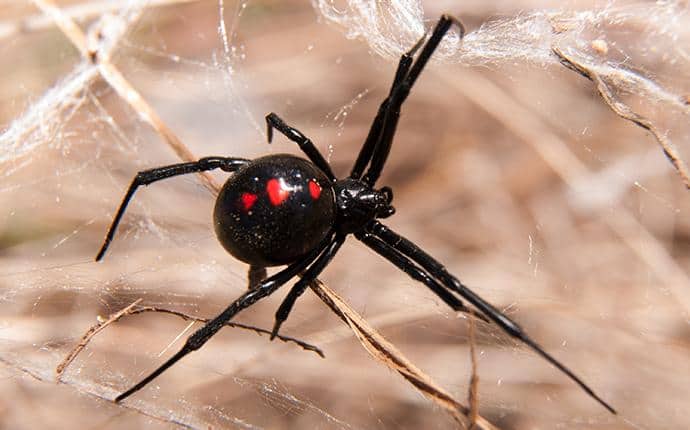 Shiny black in color, black widows have a unique identifying red mark on the underside of their abdomens. This marking resembles and hourglass. The black widow spins disorderly appearing webs typically close to the ground. While they appear chaotic, black widow webs are carefully constructed to effectively capture prey. 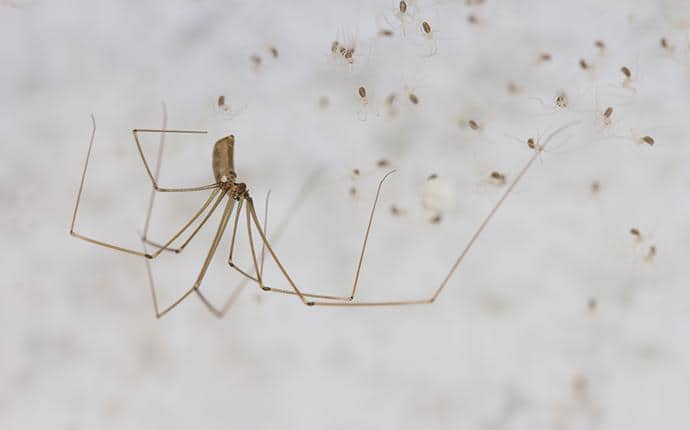 Commonly pale yellow, light brown or grayish in color, cellar spiders have eight long and skinny legs. They are often referred to as daddy longlegs because of the length of their legs. They spin large loose webs that have dimension (they are not flat like the webs of giant house spiders). 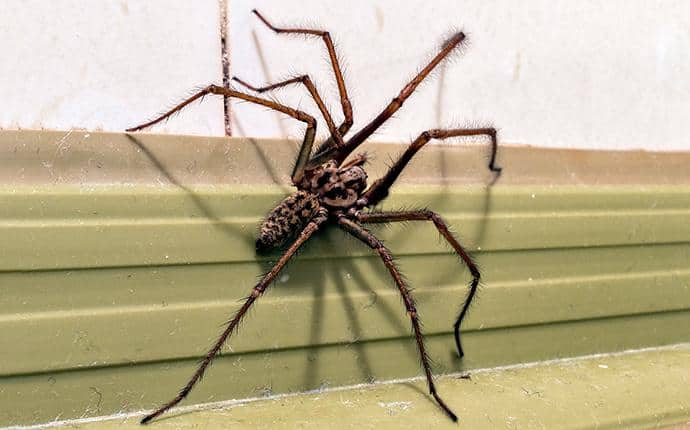 Giant house spiders, as their name suggests, are large arachnids that have up to a four-inch leg span. They appear in a variety of colors including dark orange, brown, and beige. These spiders have a tendency to build flat, messy webs often in corners and in areas that are not typically disturbed by humans. 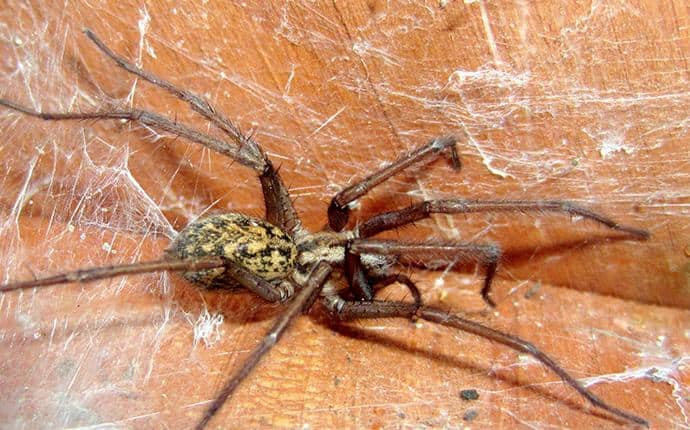 Similar in appearance to giant house spiders, hobo spiders are light to dark brown in color and have a single dark strip running down the center of their bodies. Their long, thin legs are lighter in color and do not have any banding. Hobo spiders create funnel-shaped webs. 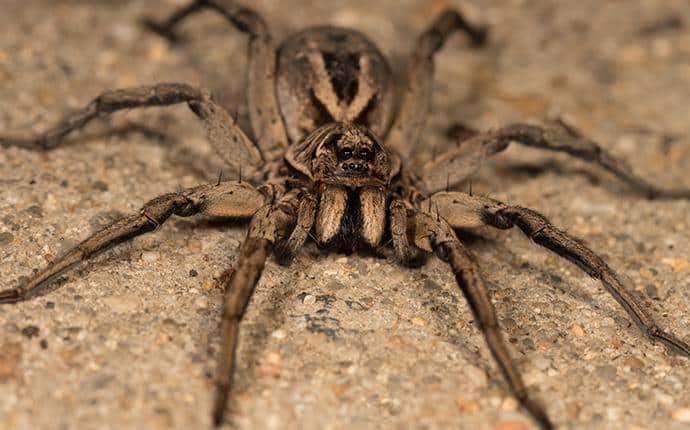 A large species of spider, wolf spiders have stout, sturdy bodies covered in hair and eight long, spiny legs. They are black or dark brown in color and may have cream, gray, or yellow markings. These spiders do not build webs, instead they hide out in burrows and move quickly to hunt down and capture their prey.

Why do I have a problem with spiders?

Simply put, where there are insects you will find spiders. They enter homes and structures through openings and are often found in corners of ceilings, in basements, attics, and other dark and/or quiet places.

Of the spiders we’ve discussed, the black widow is the only one of medical significance. Black widow spider bites can negatively affect health and though not usually life-threatening, may require medical attention.  If you’ve been bitten by a black widow, it is wise to consult medical experts on next steps.

With the exception above, most spiders in Central Washington are considered nuisance pests that do not harm people or property.

How do I get rid of spiders?

Professional pest control is the ideal solution for getting rid of spiders. At Prosite Pest Control, we offer pest control services that are designed to eliminate and prevent pests that frequently infest Central Washington homes. Visit our home pest control page to learn more about our services.

How do I prevent problems with spiders?

To prevent spider infestations, you must correct the conditions around your home that attract other insects – after all, that is their food source.  We recommend implementing the following pest prevention tips.

Secret To Keeping Spiders Out Of Your Kittitas County Home

Of all the pests out there, spiders are some of the most feared. Many people hate these pests and some even have phobias of them. While spiders aren’t pretty to look at and can be scary to…

What You Need To Know About Spiders In Central Washington

Some consider spiders as symbols of patience and persistence. Most just think spiders are creepy. In fact, arachnophobia, the fear of spiders, is one of the most common phobias that many people share…