Home › Blog › Are The Wolf Spiders In Yakima County Dangerous?

Are The Wolf Spiders In Yakima County Dangerous?

Whether you’re afraid of them or not, most people can agree that spiders are creepy pests that you don’t want to encounter. While most house spiders are generally harmless, some can be far more formidable, and all spiders are signs of larger pest populations on your property. Learning how you can control spider populations and protect against invasive pests of all kinds will help you avoid some of the scariest spiders around: wolf spiders. 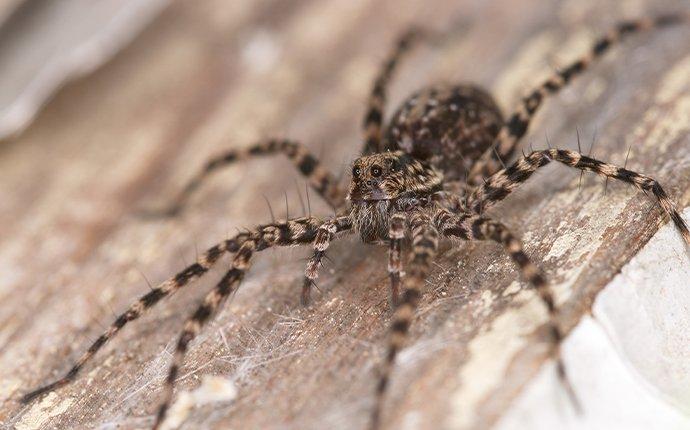 What Are Wolf Spiders?

Wolf spiders are some of the largest invasive spider species in the area. They get their name from their nocturnal hunting behavior, they don’t use webs to capture their prey. Instead, they’ve developed powerful legs that allow them to run down insects across great distances. This makes them one of the fastest species of spiders around, formidable hunters that can thrive out in the yard. While they are generally harmless to people and pets -- they don’t have potent venom or aggressive tendencies toward much larger animals -- wolf spiders are certainly some of the scariest. They can grow around an inch long in size and are typically brown or gray in color. Aside from their furry bodies, you can usually tell them apart from other spiders by the darker patch of hair on their rears.

Where Do They Live & Hide?

While wolf spiders are predominantly outdoor pests, preferring to be out in the soil where they sprint with their eight legs, all spiders can be driven indoors as the bugs they hunt migrate inside. This can happen virtually any time but is most common as the weather cools and smaller insects are driven indoors to escape the chill. Spiders themselves have built-in antifreeze systems that keep them alive even out in sub-zero temperatures, but they will easily find ways inside of walls to get at the bugs that may be nesting there. Here are common places to find wolf spiders:

Wolf Spider Prevention For Your Property

Preventing spiders is really about preventing a host of pests that attract them to your property. As such, it’s important to partner with local professionals who know how to address a wide range of invasive pests However, there are many steps that all property owners can take right away to help their case:

Even property owners that do their best to keep up on proper cleaning and maintenance can find themselves with pest infestations. Once smaller pests find a foothold, large wolf spiders aren’t far behind them. That’s why to truly stay protected from spiders and the pests they feed on, you should turn to experts for help. At Prosite Pest Control, our trained staff can give you more tips on how you can prevent pest invasions, offering you safe and effective treatments that can ward off all kinds of critters. If spiders or other pests are already a problem, you should act fast to eliminate them by contacting pest professionals right away. This is the only way to truly address the heart of the problem and make sure that worse problems don’t result from a persistent pest population.