Hobo spiders have a somewhat unfair reputation. They’re often hailed as one of the most dangerous spiders in the United States, but is that an accurate description? And what should you do if you wind up with them in your house? Below, we’ll answer these burning questions and more. We’ll also discuss how you can identify (ID) this spider, which resembles many other common North American arachnids. 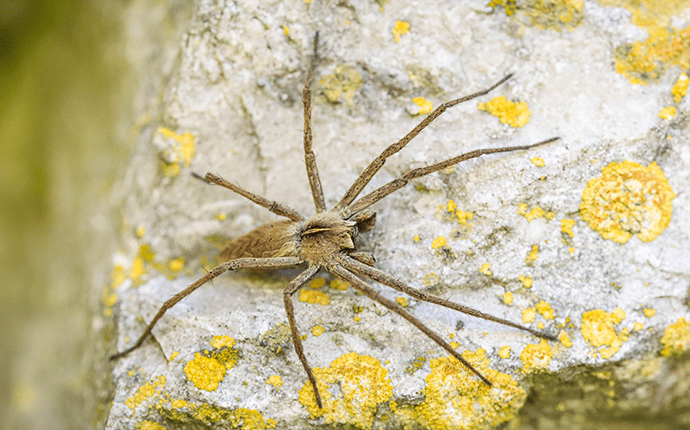 How Can I Identify A Hobo Spider?

Hobo spiders can often be identified by the distinct shape of their webs. These spiders are members of the funnel-web spider family. They like to build messy, funnel-shaped webs that are open at both ends. Hobo spiders leave one end of their webs large and wide to ensnare prey, while the other end is usually fashioned into an escape tunnel that leads to somewhere sheltered and safe. These spiders wait inside their webs for prey to crawl across or near the silk. Vibrations from prey at the edge of the web trigger the spider’s ambush. Once the spider bites its prey, it drags it to the narrow end of the funnel to feed.

Another way to ID a hobo spider is by its appearance. Hobo spiders look a lot like wolf spiders. They’re hairy and brown and have long legs like wolf spiders, so people also confuse them for this arachnid. There are some subtle ways to tell the difference, though. Hobo spiders have finer hairs, whereas wolf spiders are obviously furry. Wolf spiders are also generally larger than hobo spiders. However, the real difference is in their behavior. If you find a spider waiting to ambush prey in a webless burrow, it’s a wolf spider. If you find a similar-looking spider in a messy, funnel-shaped web, it’s likely a hobo.

There’s been much debate around this issue, but most experts now agree that hobo spiders are not dangerous. Many used to believe the hobo spider’s bite caused necrosis (tissue death), but now it’s generally accepted that hobos don’t pack a venom strong enough to do that kind of damage. Hobo spiders aren’t all that likely to bite anyway because they try to avoid contact with people most of the time, so there simply aren’t many opportunities for you to be bitten.

These spiders do have a propensity to wander, but not for the reason you’d think. While other spiders that resemble them (such as the wolf spider) actively hunt for prey, male hobo spiders wander around looking for mates. That means males are more likely to bite because they spend several months during the summer and fall away from their webs searching for females. Just keep in mind that whether you were bitten by a male or female hobo spider, the bite is not likely to lead to anything worse than pain and localized swelling.

Why are Hobo Spiders In My Home?

Most of the time, hobo spiders want to stay outside. They don’t like to spend their time in close proximity to people. You might find the occasional hobo that accidentally wandered into your home, but if you’re seeing a lot of them, it’s probably due to another infestation. If you have an infestation of roaches, silverfish, or other prey that hobos enjoy, you may find yourself encountering quite a few of these spiders. In that case, you’ll probably need professional help to figure out what’s going on.

Here at Prosite Pest Control, our techs are experts at eradicating pests endemic to the Pacific Northwest area, including hobo spiders and the insects that attract them. If you’re ready to evict the hobos living in your home, give us a call at (509) 955-2456 or visit our contact page to schedule your home pest control service today.

Manny did an outstanding job with our initial inspection for termite damage. He was punctual, professional and explained options in detail to really help us understand our options. We plan to use Prosite again for any future issues and look forward to having him back to carry out the treatment plan.