Home › Blog › Are Pavement Ants On My Kittitas County Property A Big Problem?

Are Pavement Ants On My Kittitas County Property A Big Problem?

If you’re a property owner in Kittitas County, you’ll probably end up having to deal with ants at one point or another. Ants are one of the most prevalent home-invading pests around, and they are so small that they can get inside a home or business in many ways. They are also extremely invasive which means they are difficult to both prevent and eradicate. 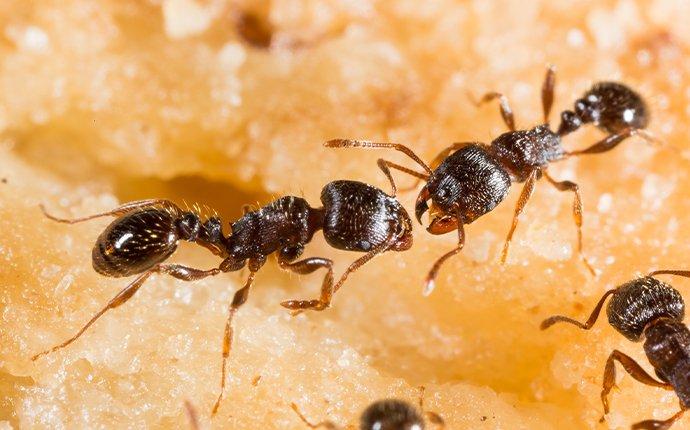 While all ants can be a problem, there are distinct species, and they each pose their own particular challenges. The pavement ant is one of the more common varieties in the area, and you’ve probably seen them before crawling around sidewalks or other places outside. They get the name pavement ants because they usually hang out outdoors near cracks in the asphalt or concrete. However, they can get inside and that is where problems start.

Pavement ants are dark brown to black and quite small at only about ⅛ of an inch long when fully grown. They have tiny spines on their thoraxes, and they are usually seen together in large groupings. While they can look similar to other species, you can tell them apart by the fact they usually emerge from dirt mounds.

The main concern is that pavement ants are one of the more invasive species. They tend to invade in large numbers. When found outside and around your property, they are difficult, but they are that much worse if they do make their way inside. They can reproduce quickly and get into tiny cracks and crevices around your home or business making them hard to eliminate.

While pavement ants can be rather hard to remove once they establish themselves on a property, there are some measures you can take to prevent them from coming around in the first place. Prevention is usually much easier to deal with than control, and most of the prevention methods for pavement ants also apply to many other ant species.

Here are the six best ways to deter pavement ants:

How Do You Effectively Remove Pavement Ants?

While trying to prevent pavement ants on your own can help, the best way to deter and also eliminate these invasive pests is with help from the experts at Prosite Pest Control. The invasive nature of these ants makes them difficult to handle with DIY methods.

So, if you already have pavement ants or any other ant species around, contact our professional team today to book your consultation and get ongoing ant control you can count on.