Lurking In The Corners: The Yakima County Cellar Spider

Spiders are some of the most feared creatures on the planet. And for good reason - they're creepy, crawly, and even venomous. If you're one of the millions of people who have a fear of spiders, you'll want to ensure they don't invade your home.

Fortunately, there are ways to keep these pests at bay. Pest control in Yakima County can help you with regular inspections and treatments to ensure that your home is spider-free. 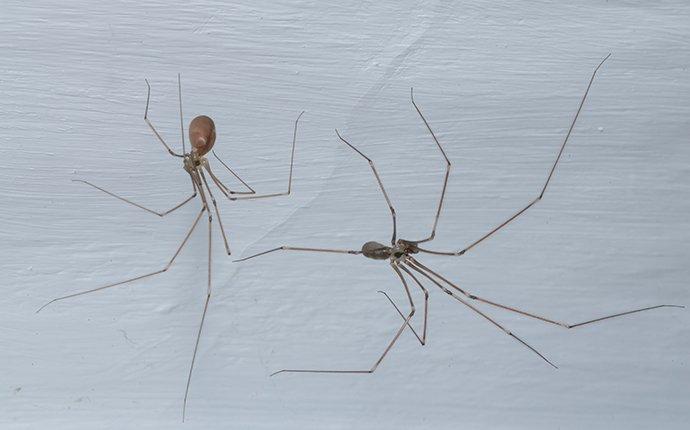 Cellar spiders are common harmless spiders that can live throughout the United States. You can identify them by:

While cellar spiders are generally harmless, they can be a nuisance if they invade your home in large numbers. If you're concerned about these pests, contact a pest exterminator for help. They can inspect your home and identify the source of the problem.

Habits Of The Common Cellar Spider

Cellar spiders are shy, reclusive creatures that prefer to stay hidden during the day. At night, they come out to hunt. These spiders are predators and will eat just about any small insect or arachnid they can catch.

They're also known for their unique web-spinning abilities. Cellar spiders spin long, lacy webs that can span several feet. These webs are used to catch prey and aren't sticky, so the spiders can quickly move around them.

While they are not a threat to humans, you don't want them on your property. They can be a nuisance, and their webs can be unsightly. If you have a cellar spider problem, contact pest control for help. They know the best way to get rid of spiders for good.

While there are over 1,000 types of cellar spiders, only a few are found in the U.S. These spiders are mainly attracted to:

If you live in an area that's prone to cellar spiders, there are a few things you can do to keep them out of your home, including:

Don't let these eight-legged pests take over your home. Contact pest control in Yakima County for help. We can get rid of spiders for good.

As much as home remedies such as essential oils to kill spiders or diatomaceous earth to repel spiders can help, there's really no substitution for a professional. If you find an abundance of spiders in your home, it's time to call in the experts.

The first step is to speak to Prosite Pest Control. We will come to your home and do a thorough inspection, inside and out. We'll look for any potential entry points and identify the type of spider invading your property.

Once we've identified the problem, we'll use eco-friendly products and state-of-the-art equipment to get rid of the spiders for good. We'll also offer you a detailed report of our findings and recommendations for preventing future infestations.

Don't wait until these spiders have taken over, call us today and get started on our effective home pest control and commercial pest control services. We're here to help!