How To Keep Spiders Out Of Your Yakima County Home

When you think of spiders, what comes to mind: eight-legs, creepy, poisonous, and annoying webs? Nothing is pleasing about their appearance, but spiders are not all bad! They are carnivores, and some of them help us control pest insects in our yards and gardens, while others aid in pest control by eating household pests, like ants and cockroaches. 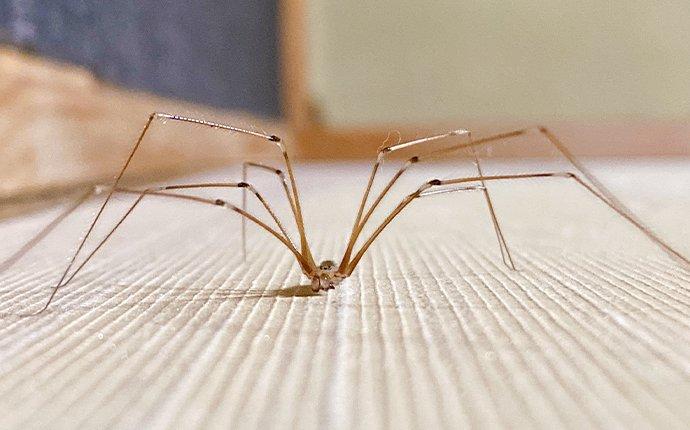 In Yakima County, Washington, there are a few common spiders to be aware of:

Wolf Spiders
Wolf spiders have hairy, stout bodies, are dark brown or black, and do not build webs. They are predators, hiding in burrows, and chasing down their prey.

Black Widow Spiders
These spiders are black and shiny and have red markings. They are venomous and known for their extremely painful bite. They spin webs to capture their prey. They live close to the ground and hide in basement corners, closets, near firewood and cluttered boxes.

Hobo Spiders
The hobo spider is a large brown spider with black markings. It has long legs and can be found in much of the United States, including Washington. They should be considered mildly venomous if bitten and feed on insects.

Giant House Spiders
The giant house spider is similar to the hobo spider. They are large and can be brown, orange, or beige. They build flat webs to catch their prey.

Cellar Spiders
Cellar spiders can be light brown, yellow, or grey and have long, skinny legs. There are two kinds, short-bodies and long-bodies. They build large webs hidden in corners of basements and sheds. They are harmless except when it comes to how difficult they are to eliminate.

Whether you live in Yakima County or elsewhere, you want the spiders out. These arachnids are attracted to moisture and dark spaces. They also like to spin webs in cool areas. To keep them out, the following are crucial tips:

Other spider prevention tips include:

Spiders are everywhere, and anything can bring them indoors. If you live in Yakima County and want to keep spiders out of your home, you can find many solutions to get rid of these annoying critters. While most of them are harmless, their presence and their webs can be a nuisance. Contact Prosite Pest Control for advice or assistance as they know the behavior of many of the spiders in this area and can provide a professional pest treatment plan.